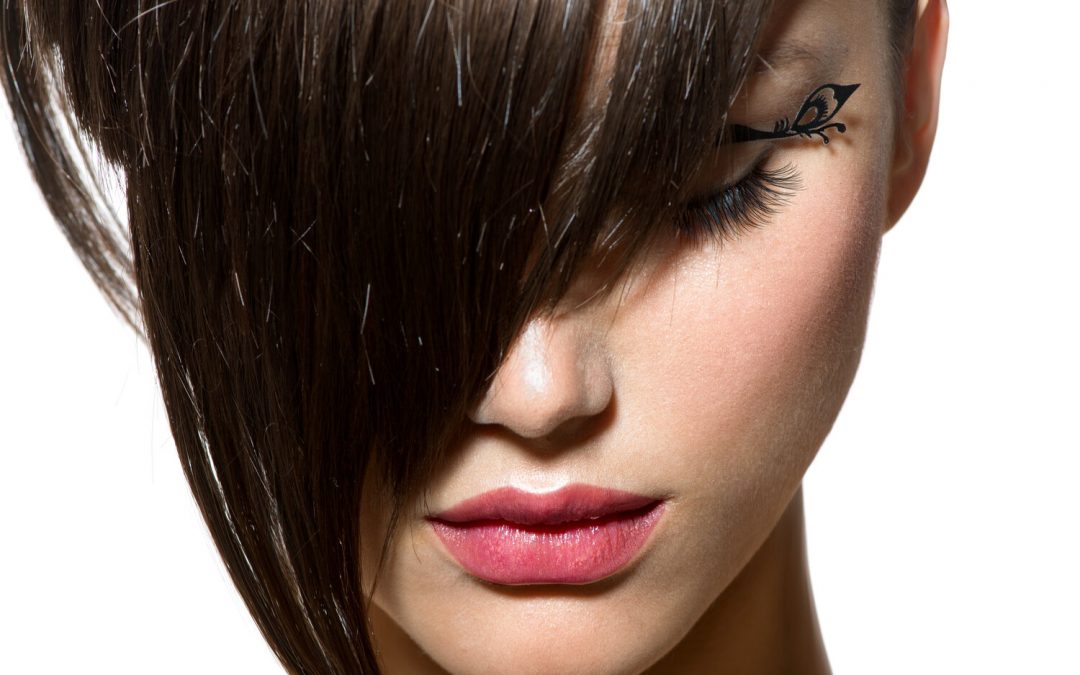 It’s not just about biotin.

Maybe you first heard chatter about it in a change room at the gym. Or maybe you saw evidence of it in a comment thread on Sephora. Or maybe- just maybe- it’s something that is happening to you or someone you know right now and you don’t know why.

Your hair simply won’t grow. Or it grows- but at a feeble, even anemic pace. It starts out promisingly enough (baby hairs make an appearance from time to time) but it never picks up enough speed to give you a solid one to two inches within a given growing phase. In fact no matter how hard you try (or how much extra biotin you might consume) your hair never seems to grow much past your shoulders.

And you are not alone. Just do a google search of ‘why won’t my hair grow’ and you will get well over a trillion results with most searches coming from those aged 18 to 34. Now take a look around you. Hair extension use has exploded in recent years and seems to be the new normal. Hair growth products in the form of oils, supplements and extracts are everywhere. Once the purvue of men trying to deal with the age old phenomenon of male pattern baldness, it now seems directed equally towards women.

It’s on the tip of everyone’s tongue and the question on all of our minds: why won’t my hair grow?

A glance through a vintage magazine or even a flip through your parents picture scrapbook confirms it- it wasn’t always this way.  Hair in the 60’s, 70’s and 80’s seemed plentiful and even big time.  Your mother’s hair and my mother’s hair was impossibly long and thick, growing well past the mid-back region.  The Cindys and Naomis and Tyras of the supermodel era all had amply gorgeous hair and we didn’t question it. Even though extensions and other forms of hair aids must have been employed, it wasn’t a given. We didn’t automatically assume that the model in the magazine was faking it or wonder what were the tricks in her beauty bag. The ability to have or grow hair also didn’t seem to dominate the conversation as it does today. Now it is Sugar bear this and Nutrafol that and this extract and that supplement.

So we take our serums and supplements; our powders and potions. For some of us these will work and for many others, still not.  We throw our hands up in the air in frustration and chalk it up to ‘it’s not in my DNA’ or  ‘it’s my hormones’ or the more common ‘chemicals and heat killed my hair’.  While all of these have some legitimacy in this discussion, it still can’t be the real reason your hair, my hair, and most everyone’s hair just won’t grow.

The real reason that hair growth has become such an issue for so many of us is twofold and is (you guessed it) absolutely and without question rooted in our lack of nutrition.  But how? First, because of changes in conventional farming practices and the widespread use and dependence of the weed killer Roundup which contains glyphosate, the nature and nutritional density of our food has changed dramatically.  Second, because there is less nutrition in our food and less micronutrients to be had (vitamins and minerals) we are biologically responding by rationing or conserving what nutrients we can get for essential biological processes only- hair, skin and nails be damned.  Let us explain.

Created in 1974 by the Japanese and patented in 1976, the use of Monsanto’s Roundup quickly became widespread in North America and was so successful in fact that today it is estimated that four and a half billion pounds are sprayed across the globe every year.  Even though Monsanto was bought out by Bayer who is now the subject of one of the largest class action lawsuits ever, Roundup is still being deployed. One reason for its popularity is that it is such a spectacularly effective method of weed control.  A chelator by design, what glyphosate does so well is to latch on and extract any minerals it comes into contact with. Originally used as a pipe cleaner (to remove mineral buildup) its agricultural uses soon became apparent- an excellent way to kill plants it turns out is to take away its mineral content. A distant relative of Monsanto’s Agent Orange (that uber chemical used in the Vietnam war to defoliate the jungle vegetation and sicken its people) glyphosate didn’t have quite the same scope and power but still managed to kill everything in its path, from weeds to entire crops.

According to Dr. Zach Bush, one of the foremost researchers on the subject, although glyphosate is a weed killer it is actually patented as an antifungal and antibiotic.  Moreover it is a water soluble antifungal and antibiotic, meaning that because most everything has water content, this chemical easily finds its way not only in our bloodstream but in every nook and cranny of our environment, at every level. Dr. Bush estimates that glyphosate is now found in 75% of the air and 75% of the rainfall. As such it is in everything and everywhere, acting as a widespread water soluble, airborne antibiotic sterilizing everything in its path.

What does this mean for our food? At the soil level, glyphosate is doing catastrophic damage to the quality of our dirt and the overall quality and nutrient density of our food.  Yes, bugs and pests are kept at bay but the downside to this is that our food has been rendered incomplete from a nutritional standpoint.

How? As a chelator, glyphosate attacks and destroys a large percentage of the mineral content in our food.  It also kills a significant amount of the beneficial bacteria and fungi that we need to keep our microbiome (gut) healthy and strong. But it doesn’t stop there.  The nine essential amino acids that are essential (because they cannot be produced by us) are effectively blocked by glyphosate.  This process -called the Shikimate pathway- is the enzyme pathway whereby essential amino acids are made.  These amino acids are building blocks for the proteins in our body and if they are missing then so too is a large part of our biology. Also blocked are the production of alkaloids, a family of compounds that essentially gives our food its medicinal quality. There are alkaloids that are anti-diabetic, anti-mood disorder, anti-cancer etc… and when their creation is inhibited by glyphosate “… we have robbed the soil and the plant from the ability to make these essential medicinal compounds.” says Dr. Bush. Minerals and amino acids are what give our food not only it’s flavor but also its nutrition.  Take this away and not only does a tomato no longer taste tomato-y, but it has a significantly lower micronutrient density.

So ok, we aren’t getting as enough of the essential micronutrients we need as a species. I can just take some vitamin D here and some vitamin C there and all will be good….right?

Yes and no.  You may take the occasional supplement or multivitamin, but the fact is the human metabolism requires at least 40 specific micronutrients or compounds for its proper function. When we fail to get these- as so many of us do- our body goes into a kind of wartime mode whereby it begins to ration or conserve nutrients.  This is called Triage theory and is the work of Dr. Bruce Ames, an expert in the fields of nutrition and metabolism at the University of California at Berkley.  This theory holds that when you are low on any one vitamin or mineral (a vitamin is classified as something in the absence of which would cause a lab mouse to die) nature responds by rationing that particular micronutrient for when we need it most in the short term.

‘Yes, biotin might be important, but it is just one thing. Hair also needs adequate amounts of minerals such as zinc, selenium, sulfur, amino acids such as cysteine and many other nutrients that we don’t even know about yet.’

For example, if you are deficient in Vitamin K, your body will use what little you have for the most critical processes needed for your survival ie. blood clotting. Without proper blood clotting function, many people would die. So if you have some vitamin K but not a lot, it will be used for this function first while other important functions dependent on vitamin K such as cancer prevention, bone maintenance, etc will go ignored. Why? Because that’s long term health, not short term survival. Another example would be magnesium, a critical mineral that nearly everyone is deficient in. If you don’t get enough your body will use what it has at its disposal now for ATP production (energy production within the cell). But magnesium is also needed for DNA repair, enhancing memory and brain function and helping you sleep at night. But these are not really considered a biological priority; while necessary they are not critical for your survival today, right now. So available magnesium won’t be deployed there- it will just be conserved for ATP, as that is the most urgent from a biological standpoint.

So what does this mean for my hair?  If we apply this theory to hair and hair growth (and skin and nails etc) it makes complete sense. Hair growth and health relies on specific micronutrients and amino acids that we are only beginning to fully understand. Yes, biotin might be important, but it is just one thing. Hair also needs adequate amounts of minerals such as zinc, selenium, sulfur, amino acids such as cysteine and many other nutrients that we don’t even know about yet. Because many of these minerals are now missing from our food, we can’t rely on our food supply to get them.

But here’s the thing: if we supplement, Triage Theory says that these nutrients might not make it to our hair, nails or skin because these are considered non-essential from a survival point of view. Hair is a nice add on, but we don’t really need it. What we do need our heart to beat, our cells to function properly, and our thyroid to be regulated. So any extra of these vital nutrients will go to our organs, not to our extremities such as our hair or skin- not unless we have a lot to spare. The key is quality of micronutrients (we only want the good stuff) but also quantity- more is better. More means that nutrients will go to where they are most needed first (our organs) and THEN if there is extra, it will be applied towards hair growth or skin regeneration.

So what’s the takeaway? If you really want your hair to grow and your skin to glow, get your minerals, vitamins and amino acids like it’s your life’s mission. Start taking superfoods such as ashwaghanda or bhringraj, nettle or green tea, all of which when taken over time support not only general health but hair growth as well. When shopping, look for organic produce when possible, as it hasn’t been as adulterated by glyphosate as conventional food. Take your supplements but don’t rely on any one nutrient– variety is key. When it comes to micronutrients, enough may be passable, but just taking the minimum or enough won’t give you great hair. Get a healthy amount, a surplus even (along with a healthy plant based diet) so that there is enough to signal to your body these ‘beauty nutrients’ are readily available and don’t need to be rationed.