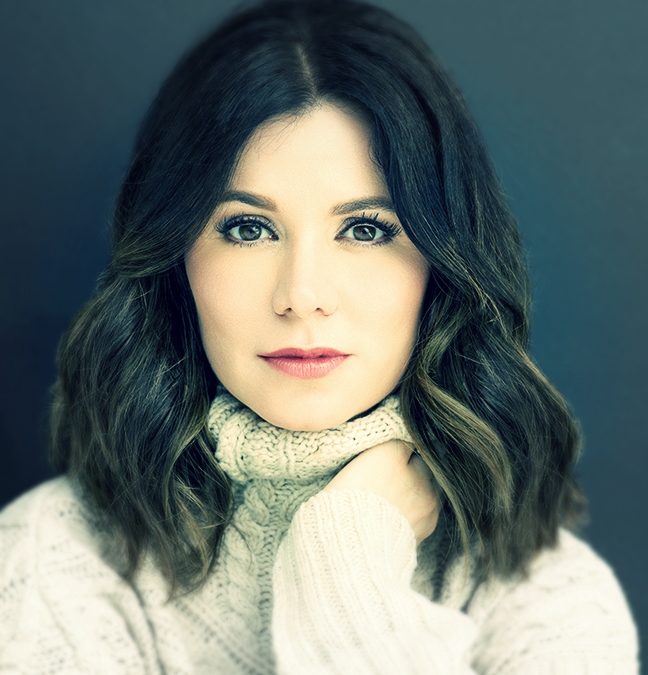 The familiar mantras just don’t seem to go away: drinking tea is good for you. Regular exercise and sleep are good for you. A plant-based diet that includes healthy fats is good for you. We know all these things and yet no one has yet to come forward and explain- with one unifying concept- exactly why and how all these might be tied together- until now. Meet Naomi Whittel, wellness researcher and entrepreneur who has with her new book Glow 15 outlined the important idea of autophagy, a biological process so integral to our health and longevity that it may just be the missing link in our antiaging crusade.

Based on groundbreaking 2016 Nobel Prize-winning scientific research autophagy is the concept that our cells have the innate ability to repair, regenerate and dispose of damaged or dying cells. While our body is thankfully always doing repair work, this vital process tends to decline as we age.  Damaged cells and toxins accumulate and our system becomes overloaded, overburdended and cannot catch up.  This accumulation of cellular damage is seen by some as the definition of aging itself.  But what if there was some way to encourage or activate our innate ability to self-repair?  Glow 15 is a scientifically based, research backed guide as to how we can boost or harness autophagy with targeted and specific diet, exercise, sleep, and supplement protocols so that we can keep the repair work going and thereby keep our cells younger and disease free.  Think of it in terms of a house: a cleaner, better maintained and regularly renovated house is also one that is most likely better functioning, harmonious as a whole and aesthetically more pleasing.  The happy benefits of increased autophagy are seemingly endless- from improved cell turnover for more efficient and effective function, a more regulated immune system to fight future infections, reduced inflammation, lowered risk of cancer, heart disease and neurodegenerative diseases just to name a few. Add to this increased energy, improved sleep quality and an overall youthful appearance, Glow 15 promises to get you ‘glowing’ within a mere 15 days.

We recently spoke with Naomi about her wellness background, the principles of Glow 15 and why the concept of autophagy is such an important one.

I was born on an organic/biodynamic farm in Switzerland.  My father is a chemist, and my mother is an artist. Looking back I think their main job however was being 100-percent dedicated to making sure that everything I ingested, put on my body or breathed was as clean as possible. Fruits and vegetables, nuts, grass-fed meat, nothing processed.  That’s how we ate. I had my first “green juice” before I was 2 (I still drink it to this day 40 years later). My parents followed the principles of philosopher Rudolf Steiner, who believed that a biodynamic farm was its own ecosystem that served as the basis of optimal nutrition. They abided by the science of clean living, as they were very conscious of environmental toxins and pollutants.  They wanted me to eat organic foods, drink clean water, and breathe unpolluted air, so that was the life I had lived. When they took me for walks, they moved my stroller away from the fumes of cars. They believed in the purity of food and the body—not in a religious way, but in a philosophical way.  Because of them I’ve always been mindful of what I’ve put in my body.

I suffered from eczema, an autoimmune disease that resulted in red, itchy, bleeding skin.   And I struggled everyday even at that young age to do everything I could to keep it under control—trying to be as natural and clean as possible with everything I put in my body. I worked with a holistic doctor and used acupuncture and Chinese herbs which finally worked to control my flare-ups.   But then something happened- something that directly led me to where I am today.

I remember the moment clearly: I was at my yearly visit with my medical doctor and told him I was ready to have a child. My doctor was excited for me and did a full workup, just as a formality.  A few days later, I was asked to return to the office to go over the results. That was strange. And I can still hear him delivering the news.  I was told that in no way did I have permission to get pregnant.

I was informed that my body was riddled with contaminants and toxins, including the heavy metals mercury and lead. The levels were very high, in fact, they were off the charts. I was in shock.  I couldn’t understand how this happened- but my doctor eventually figured it out.  The herbs I used to treat my eczema must have been contaminated. The herbs I used included gardenia, mulberry leaf, and chrysanthemum, which are harmless herbs. But those ingredients had not come from a clean source. They may have been exposed to pesticides or other environmental toxins while they were being grown or processed.

I was devastated. I only used what I thought were natural substances and lived by the philosophy of taking care of my body.  I was frightened, embarrassed but above all I was also angry.  I knew right then how easy it was for me—or any woman—with good health intentions to get it wrong. So I made a promise to myself that day that I would do what I could to make sure that everything that I put into my body was pure, and I would help other women do the same. I was determined to get tricked again and I would save others from being duped as well.

My doctor placed me on a detox plan – and in six months, my levels returned to normal. I’m proud to say that about a year later I got pregnant and gave birth to a beautiful baby girl. Today, I am a mom of four. Since then I haven’t forgotten my promise – to find only the purest ingredients – and have made it my mission to make those ingredients and products accessible to all women. 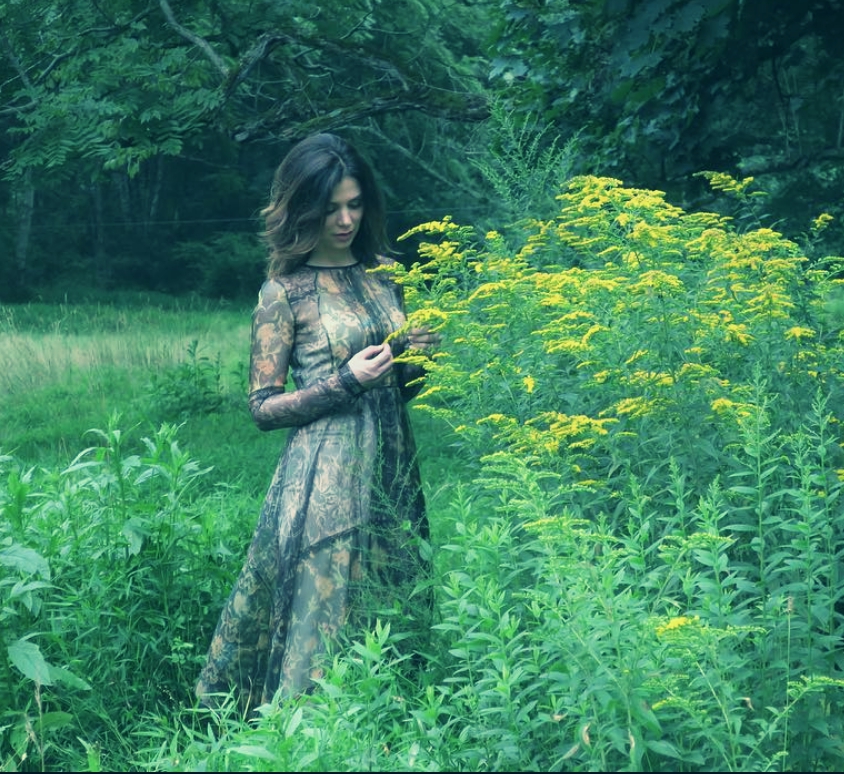 The accelerated agers are outside forces that damage your cells and speed up both the visible and invisible signs of aging.  While there is some age-related degeneration you can’t avoid, accelerated aging you can avoid.  Those factors that will wreak havoc on your body and can lead not only to more wrinkles, exhaustion and weight gain, but also age-related diseases like cancer, Alzheimer’s, and Parkinson’s.

It was in Calabria, Italy, where I was researching citrus bergamot, a fruit most commonly found in earl grey tea that had been touted for its heart health benefits, that I met Dr. Elzbieta Janda. Dr. Janda, a molecular biologist at the University Magna Graecia, explained to me that bergamot has a high concentration of flavonoids specifically found in the bitter rind or pith that activates a process in our bodies that I had never heard of before: autophagy.

The word autophagy comes from the greek words ‘auto’ – meaning self and ‘phagy’ – meaning eating. and the most basic explanation is that your cells practice self-cannibalism. Autophagy is like your body’s very own vacuum cleaner. It removes waste, recycles junk and repairs the damaged components in your cells. This keeps everything “clean” and functioning optimally. But, as we get older autophagy becomes less efficient. as the process slows, the waste and junk accumulates in your cells. this buildup can eventually lead to signs of aging: wrinkles, exhaustion, weight gain.

That trip to Calabria gave me a new sense of purpose and an excitement about autophagy. it was the catalyst for what ultimately became Glow 15 — the first mainstream lifestyle program to help boost autophagy.

I think the fact that every single woman who participated saw an improvement in their health at some point over the course of the study – with 100% losing fat mass was pleasantly surprising. But I was most inspired by the individual stories — like Sharon who was able to go off her blood pressure meds; Lindsay who was bold enough to put herself first and in doing so found more energy for family, work and friends; Shawn who gained the confidence to wear her shirt tucked in when she lost weight. The countless women who have written, posted and approached me in person to share their stories of how Glow15 bettered their lives makes my life better too!

Eat fat first thing in the morning:  autophagy is promoted by fat, doesn’t spike blood sugar and keeps you satiated.  Save carbs for later in the day: carbs do spike blood sugar but you can take advantage of the sugar crash with carbs at night. Another reason to eat carbs later is because in the absence of carbs, your body uses fat for fuel – called ketosis. Ketosis is one of best ways to boost autophagy. In the morning body is naturally high in ketones – extend that by skipping carbs for the first half of the day. 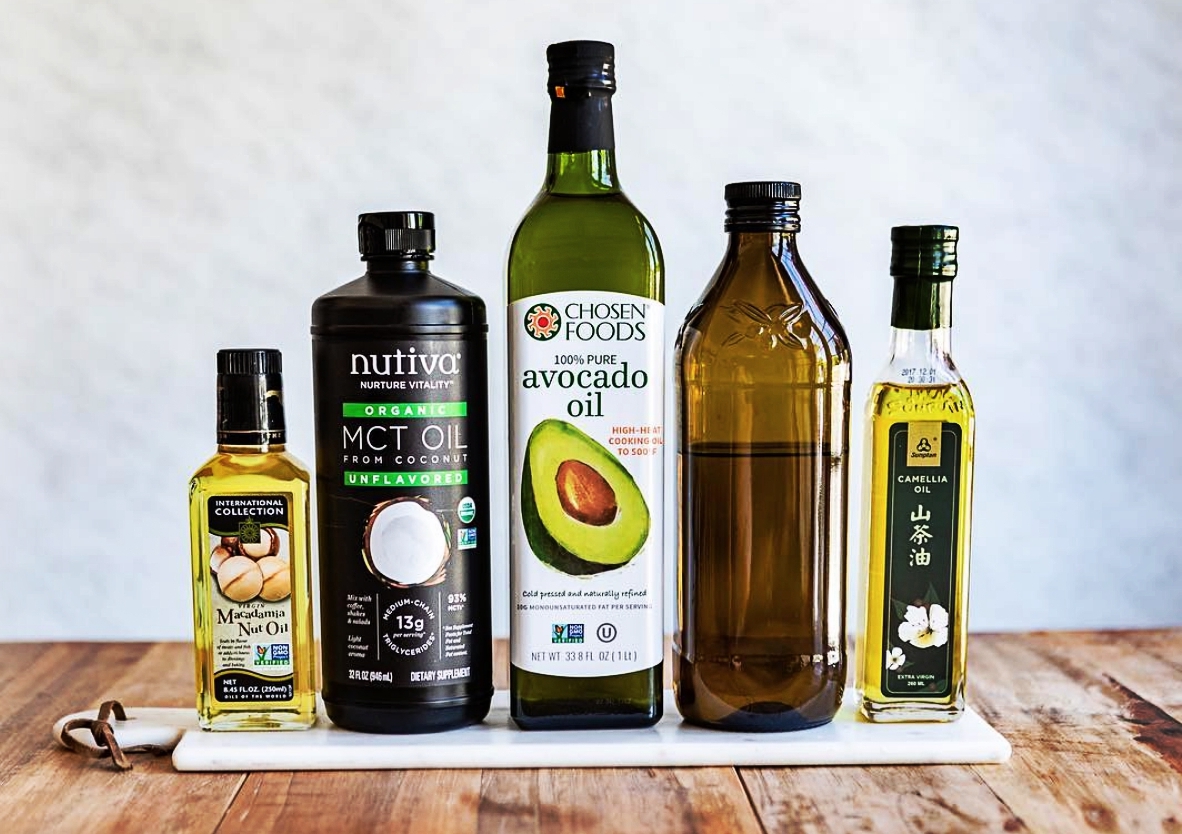 IFPC stands for intermittent fasting and protein cycling.  Intermittent fasting is the practice of going through periods of eating and not eating.  Protein cycling is alternating between protein restriction and normal protein intake.  IFPC works to take advantage of autophagy, activating and inhibiting the process, with “Low days” and “High days.” You will choose three non consecutive “Low days” where you will fast for 16 hours (sleeping hours included!) and limit your protein intake to less than 25 grams during the remaining 8 hours. The remaining four days of the week are your “High days.” On these days, there are no food restrictions. 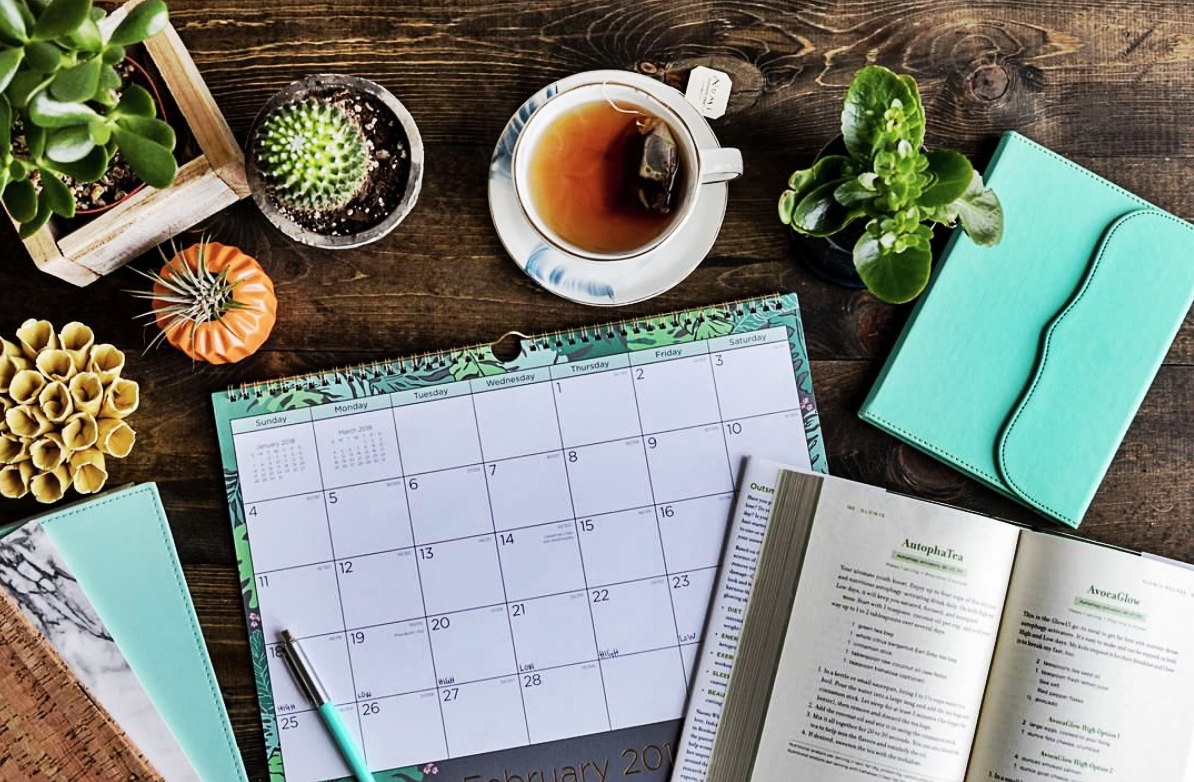 This is a simple way to jump start autophagy every day: this tea has the most potent autophagy activating ingredients and if you drink it first thing in the morning, it ensures you start the day with fat first.  All you need is Earl Grey tea (it’s made with that citrus bergamot I first learned about in Calabria!) and Green Tea – a little coconut oil (the MCTs have been shown to activate autophagy) and a cinnamon stick to mix it all together. 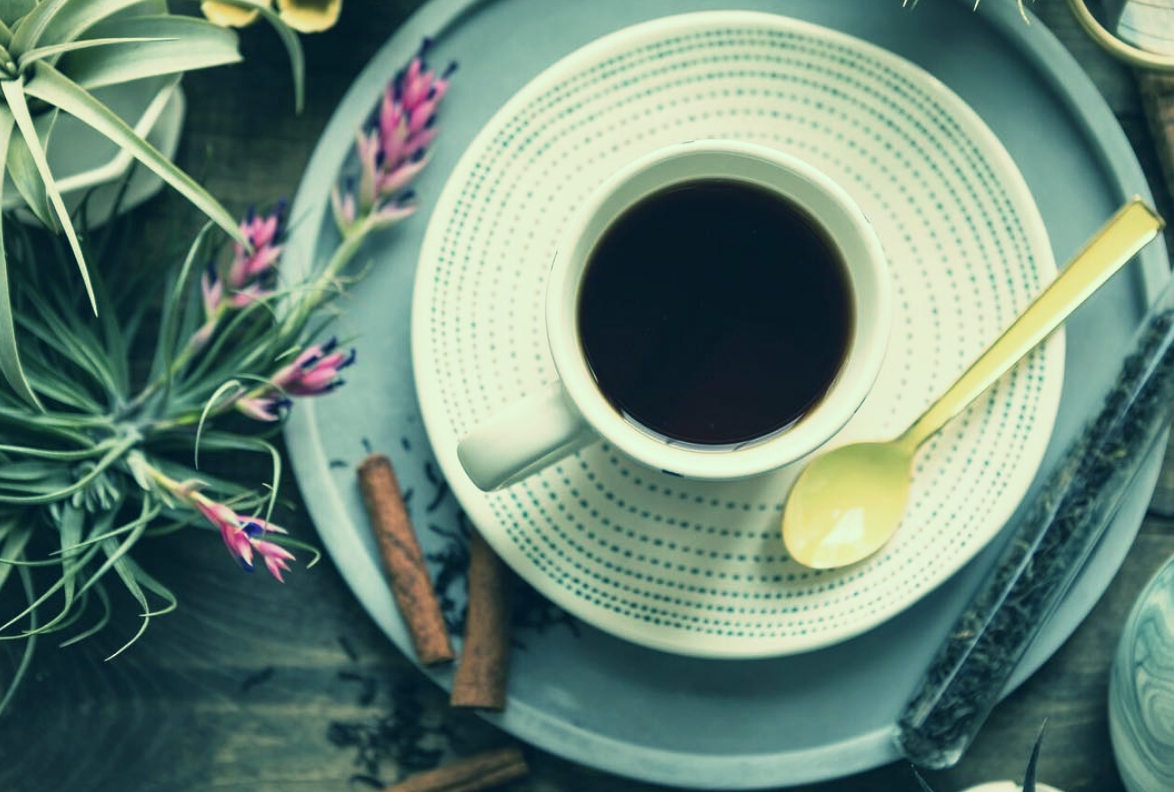 I use fat for fuel – by following one of my favorite Glow 15 principles: Fat first, Carbs last.   I take this a step further and eat fat most (but that is not a requirement, just my personal preference). 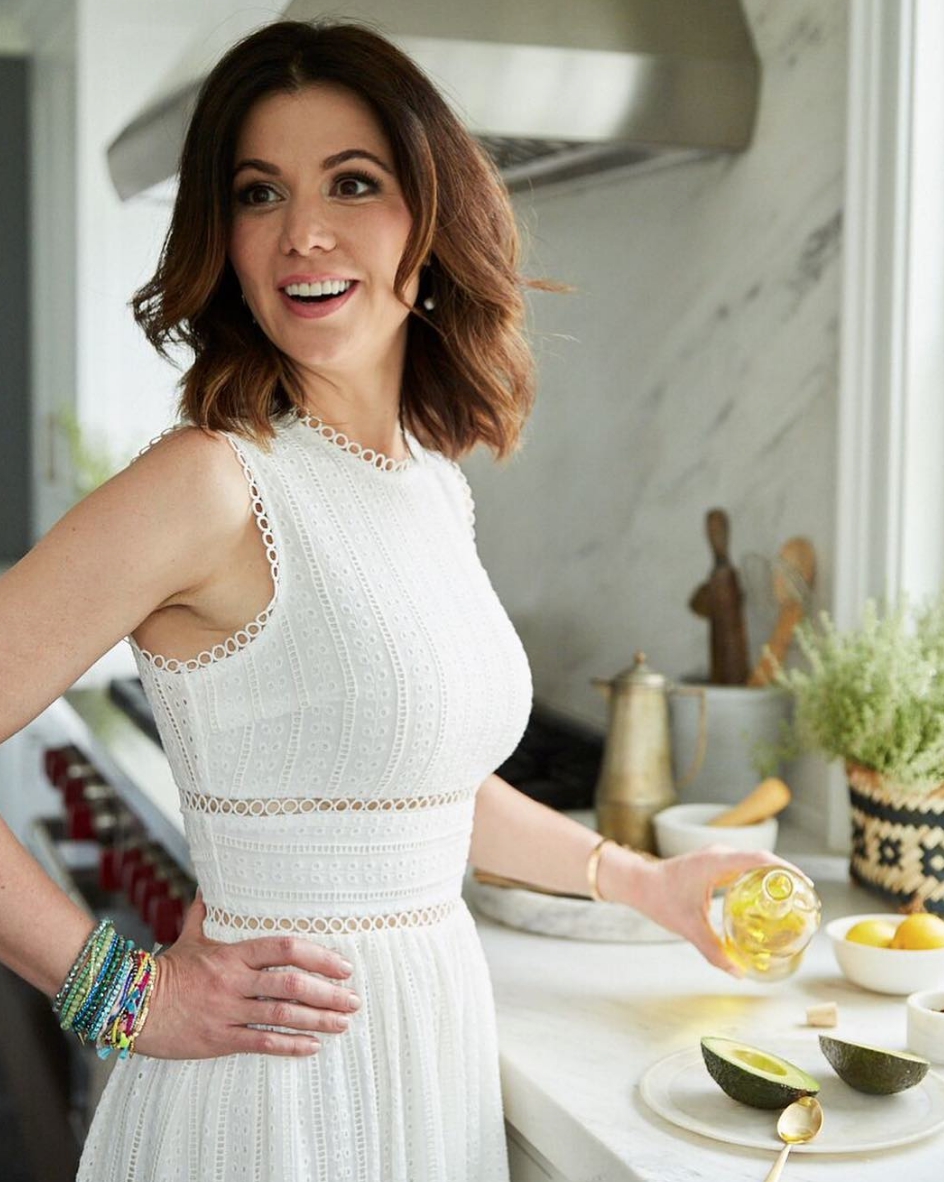 Glow15 is not a ketogenic diet, but you can take advantage of the fact that your body is naturally high in ketones in the morning. Ketosis- where your body uses fat for fuel in the absence of carbs, boosts autophagy. I am not anti-carb, carbohydrates are valuable macronutrients needed for energy. And they should be enjoyed! So on Glow15, you can have carbs, just eat them later in the day.

My fab four supplements are best taken at meals with fat. I call them Pow·er·phe·nols: the ability of an autophagy activating polyphenol in a nutrient dense form to do or act in way to defy aging and improve health. The 4 powerphenols I take are:  Resveratrol-Trans, Organic Curcumin, EGCG, and Berberine. 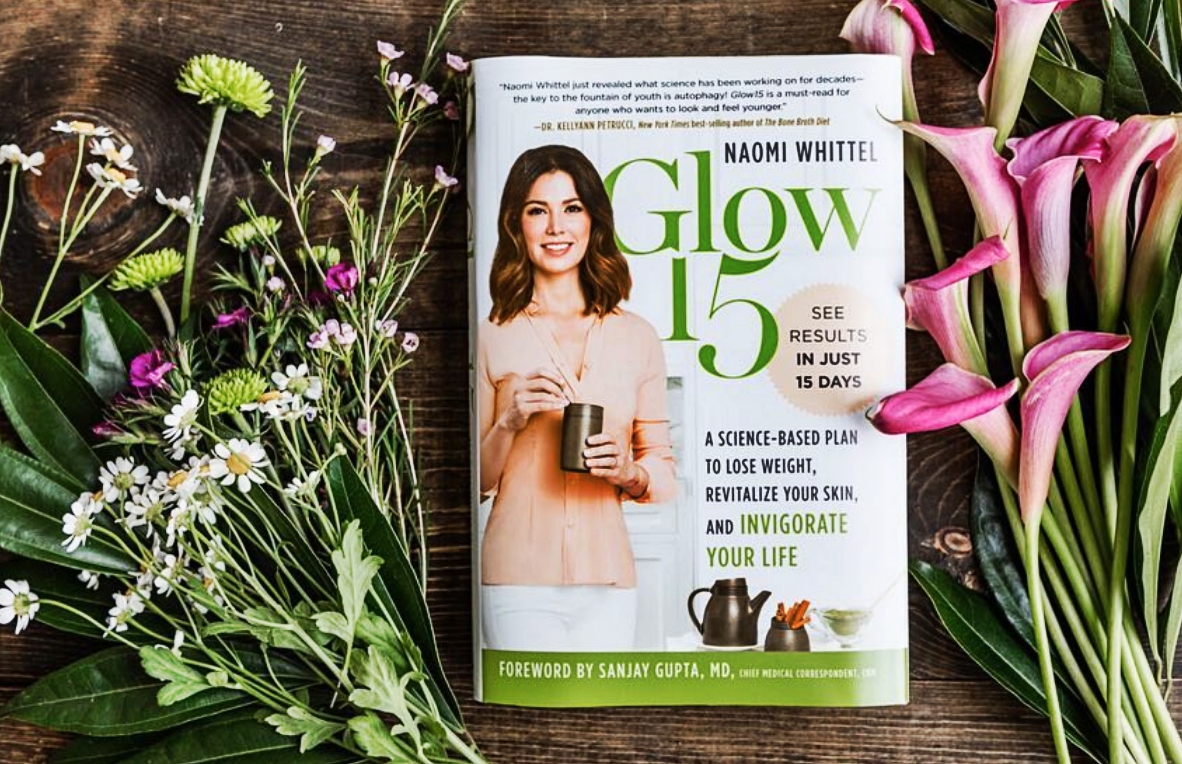