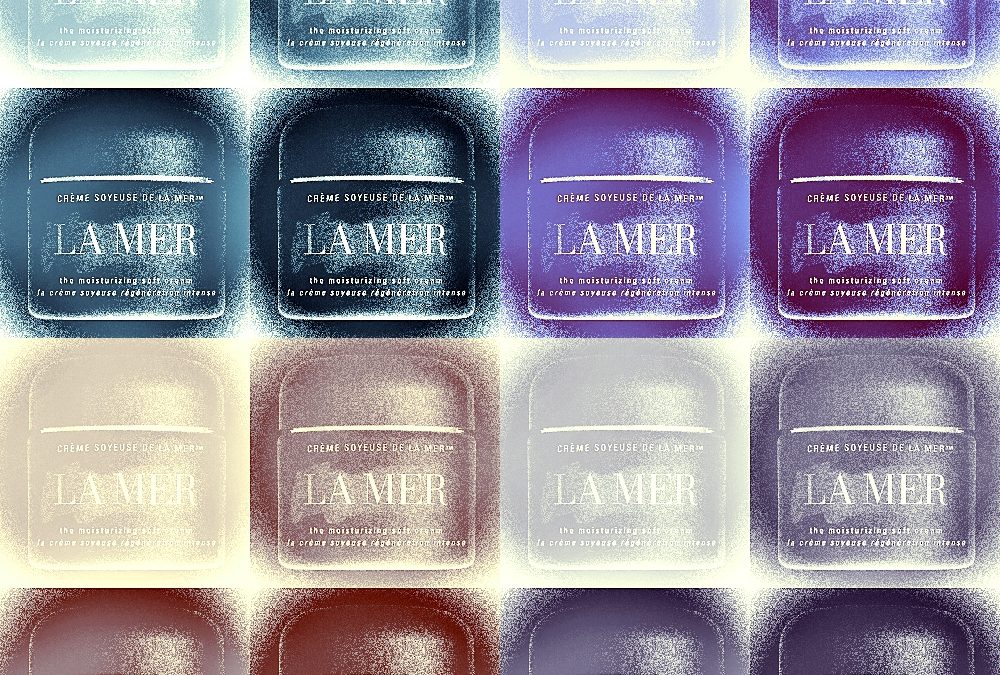 Jennifer Lopez is said to slather her entire body with it at will. Kate Hudson is a lifelong devotee and new brand ambassador.  Beauty worshippers are seen hovering around the La Mer counters of upscale department stores such as Harrods and Nordstroms with little to no shame. The tag line on the iconic white jar reads “crème soyeuse de la mer”. While the average consumer may not know exactly what this means, it doesn’t matter. What matters is that since it’s formulation and release in the 1970’s it has maintained a cult-like status and near dominance in the high end skincare market that has not been replicated since. At $230 per ounce it is easily one of the most expensive face creams around. The little white jar and the myth that surrounds it could be the subject of a Netflix documentary. But what is La Mer exactly and it is worth the high price tag? Is it Crème de Mer or Crème de MEH?

The story of Crème de la Mer begins with an aerospace engineer named Dr. Max Huber. Having been badly injured about the face when a rocket experiment went awry, Huber began developing a skincare product that would help him heal from the scarring on his face and hands. Thousands of experiments later he worked on creating and perfecting the magical formula that became La Mer. And magical it was. Felicia Milewicz, former beauty director of Glamour, tells the story of when she met Huber many years ago. “I was a young editor at Mademoiselle, and he told me he was a space scientist. He said he had a bad accident experimenting with aerospace and I specifically remember saying, ‘Are you injured? You don’t look injured.’ And he said, ‘No, no, that’s when I decided to do this cream. I couldn’t find anything that would make it heal.’ He said it took him ten years.” Another often heard account is of Huber demonstrating the ‘food-grade’ quality of his product. Linda Wells, former Vogue assistant and Allure editor in chief had the good fortune of meeting the enigmatic Huber early in her career. “I met him in the lobby-ish area of a building. He told me the story about having chemical burns and developing the cream, and wanted to demonstrate how pure it was, so he stuck his finger into it. And ate it. Then he also put a finger into the cream and stuck it in his eye like it was a contact lens. There was the cream, all over his eye and eyelashes. It was unforgettable.” In a time when organic and toxin free labels seem to be the norm, Huber’s cream was one of the first to boast natural ingredients and a product so pure that it could be consumed as is. At some point in the course of his research Huber discovered the power and potential of minerals and in particular sea based minerals used directly on the skin… hence Crème de la Mer. In what seems obvious now, Huber was one of the first to not only make that discovery but also develop and apply that knowledge to his product in a novel way. We have spoken before about the particular beautifying effects of minerals, both taken internally and used topically like magnesium.   As for Huber, he sought to harness the power of minerals and did so in a way that would make them more potent and bioavailable. He chose to work with a specific kind of large seaweed known as Macrosys pyrifera– a type of kelp of excellent quality, harvested by hand, put on ice and shipped the same day. Once the kelp reached the lab the transformation would begin. It underwent a secret, very unique and lengthy 3- month fermentation process that resulted in what is called a “Miracle Broth”. This process of bio fermentation was Huber’s oeuvre and is what gives the creme its purported magical powers. It is  described as a natural enzymatic process that breaks down a plant and allows chemists to make more concentrated versions of its active ingredients.  The fermented kelp is then blended with an array of vitamins and minerals, oils of citrus, eucalyptus, wheat germ, alfalfa and sunflower to make the tantalizing final product, the holy grail of skincare.

Huber also discovered that conditions surrounding the fermentation process were equally important.  The La Mer recipe demands that while the kelp solution is fermenting, it must be serenaded with a specific type of soundtrack. It was claimed that when the mixture was subjected to these ‘sound waves’ that it produced more a bio-active product. Estee Lauder, who now owns the brand, confirms that the music is still an integral part of the creation of the Miracle Broth. Fans of the La Mer know that once you have the holiest of creams in your possession you don’t just slap the stuff on. There is a specific application method that needs to be respected. Users are to take a small amount of the cream (which is a thick white substance) between their fingers and warm the cream so that it turns from white to clear. This way the ingredients are activated. You then gently pat the cream on the skin. No rubbing. Look at yourself in the mirror and congratulate yourself. Youth and beauty are now restored and intact.

These days the informed consumer looking for greener beauty products and skincare with reduced toxicity will perhaps wonder what La Mer is all about. Indeed, transparency is something that La Mer seems to avoid. If you are looking for a full ingredient list (as you may be inclined to do given the price tag) you won’t find anything on the La Mer website. For that you will have to go somewhere such as Sephora, where ingredient lists can readily be found. A cursory look into La Mer reveals that while the first ingredient (and so most abundant) is said seaweed the next few are a little on the questionable side.  The second ingredient is Mineral Oil (petroleum), followed by common glycerin and then Isohexadecane, another petroleum by-product. So from an ingredient perspective, La Mer starts out well, but then the formula seems to transform into a kind of expensive Vaseline. This would explain the super heaviness and general viscosity of the creme… it’s like a plaster of paris mixed with castor oil. No wonder they ask you to warm it between your fingers- you might not be able to apply it otherwise. The informed among us have known for eons that mineral oil isn’t the best for the skin; as are any petroleum products in general.  As a Grade A pore clogger it is an “occlusive agent”—which means that it forms a physical barrier over your skin to reduce moisture loss -yes- but it just ‘sits’ there. It doesn’t add moisture at all and just acts like trap for bacteria leading to increased breakouts, as some of the reviews on Sephora will testify. What would be the reason for including inexpensive ingredients that arguably do not have any benefit for the skin? Why not use argan oil, jojoba or even a healing rosehip oil?

After the seaweed and petroleum by products, La Mer to its credit then adds an array of soluble minerals such as magnesium, zinc and copper all of which are very beneficial to the skin.  Unfortunately these are followed with the addition of all too common and suspect additives such as  alcohol, silicones and our fave, the non-descript and vague  ‘fragrance’.

In Max we trust

It was in the Singapore airport that I first came upon the iconic white jar. With time to spare before my flight I ventured into the nearly free standing La Mer store intent on finally experiencing the storied skincare line. With a long flight ahead of me I thought that this was the best opportunity to test the overall effectiveness of the product: in the confines of a dry, recycled oxygen environment where skin tends to suffer the most. As I began the ‘warming’ method between my fingers I noticed immediately the thick texture of the cream. I worked with it and eventually managed to lovingly ‘pat’ the cream on my skin. While the cream at first seemed to improve the tone and hydration of my skin it was a few hours into the flight that I noticed that my skin was actually dryer than before. The product just seemed to sit there, unable to be absorbed in any meaningful way by the skin. In an attempt to rectify the situation I added another product on top but since the petroleum residue was still there it acted as a barrier and prevented the absorption of the newly introduced cream. After what seemed like an epic struggle I gave up and upon arrival at my destination, I headed for the restroom and did what any reasonable girl in the same situation might do: I rinsed it off.  A similar test at home in more normal context produced similar results.  Time and time again, I reached for my simple, less expensive, much more effective facial oil.

So what’s the final word on La Mer? While some may love it and claim miracle-like results, others seem to have a very different experience. In the end La Mer has an enticing origin story and while the formula may have been ahead of its time in the 1970s it is now a bit dated.  Skincare has moved on, even Max has moved on. Maybe we should as well.